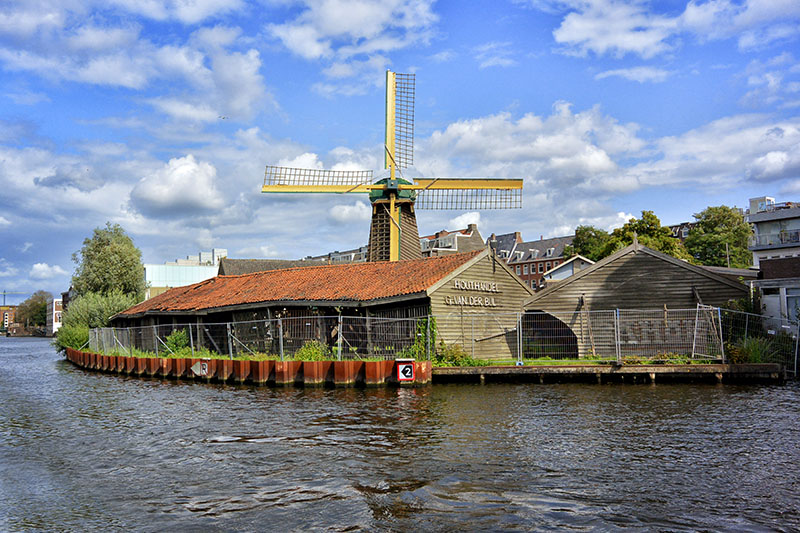 to the main waterway and western edge of Amsterdam. The chart plotter was a mass of black triangles – each one represented a watercraft that carried AIS.

After travelling through the western canal, we discovered it was impossible to reach the marina that had been our intended stop. The bridge was closed and being a weekend, no – one in the marina was available to open.

Back to the main waterway we headed and moored for the night. After a bit of investigation, we found a small marina to the east of the city. On the morn, we would head there.