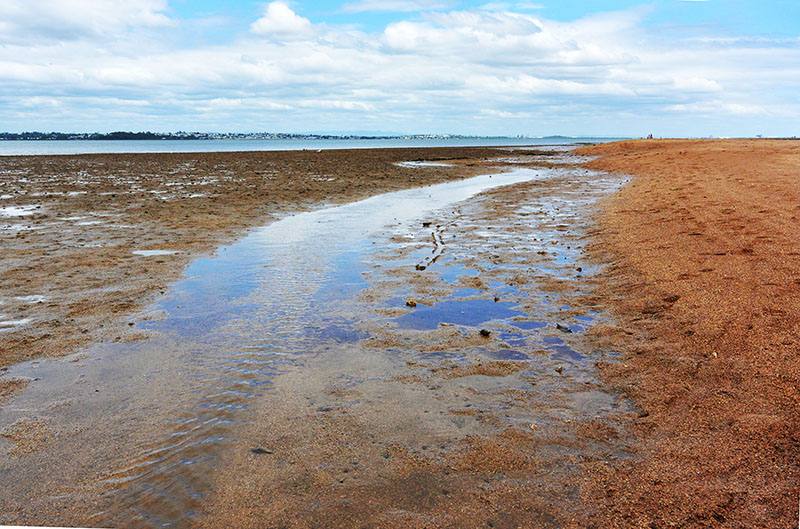 We undertook the 40 minute drive to Wellington Point in order to partake in the 2km round journey walk across to King Island at low tide.

With the ebbing of the tide, a sandy causeway becomes visible, allowing the explorer to amble across the tiny mangrove surrounded island.

and the rocky mudflats held hidden treasures for a child.

Signs placed upon the island provided some background.

Once inhabited by the Philips family during the early 1900s, today, the region is a conservation park.

Back on shore, there was a children’s playground

and the ibis came to call.

With a changing tide, this was a place where conditions were never the same twice, as we found on a second visit a few days later.

It was time for the dogs.