When chilled to the bone, what does one do?
gratisaustralis/June 3, 2019/Sailing 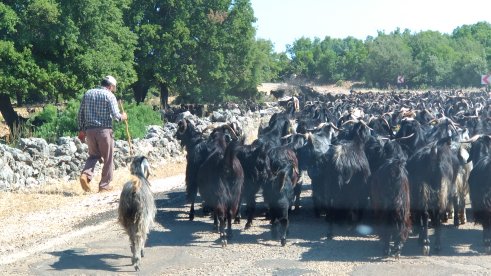 Why, take a trip to Turkey, of course!

The bone numbing cold was indescribable…… After practically 12 months of 20+ temperatures, neither of us – myself in particular – were dealing with it well.

A week of 30+ degrees was sublime, the countryside and history beyond belief. We shall return.

Despite the modernity of the cities, in the countryside, it was like stepping back in time as we sighted goats and sheep guided by shepherds on foot.

Reminiscent of Bali in many ways, the roads were a seemingly organised chaos as, without use of indicators, drivers criss crossed lanes, created three from two, passed on blind corners and so forth. Bob’s speeds excluded, the fastest by the locals wasn’t much above 80 at best, and 30 – 50 in the cities, so the likelihood of carnage was greatly reduced.

Some pics off the phone from our side trips.

Back in the Netherlands now, the weather has warmed to such an extent that we have just experienced two warming days of 30 degrees.

Bob is completing the new look cockpit, whilst I’m spending time preparing our Belgian trip and learning how to use Lightroom in order to speed up image control. I still don’t like it, but with perseverance, we shall see………