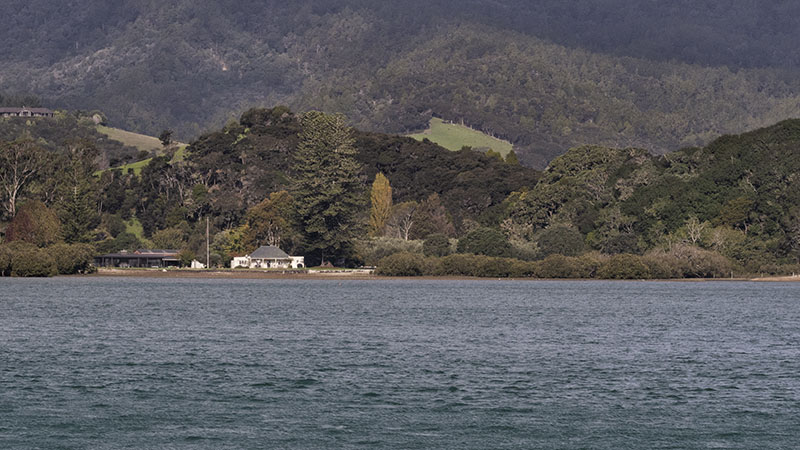 With winds increasing over the past few days, our delightful anchorage had become just a little uncomfortable as the fetch built.

Already, one of the smaller boats had dragged – and rapidly! Fortunately, there were moorings for the single hander to grab hold of and attach a line to.

As Australis 1 bobbed madly up and down, there was greater likelihood of the anchor being wrenched free. On a rocky lee shore, with a large boat which is slower to react just because of her size and windage, it was time to up anchor.

Across the bay ran a line of hills and, if one could tuck close within their lee, it was possible to gain shelter from both the worst wind gusts and fetch. At most, there would be just the tiniest of swells.

As good ol’ Murph would have it, a squall passed through, and wind strength rose to 25kn plus just after the process of pulling anchor commenced. Instead of the usual gentle nudge of throttle to assist as the rode of chain returned on board, greater bursts of increased sustained power were required to counteract the push of the wind.

It took a while, but perseverance won out. At last I had the go ahead to turn and head out.

First off though, Bob chose to check out tiny protected Opunga Bay, situated just left of us. A number of power boats and a couple of yachts had taken up safe haven there. Unfortunately for us, the decision not to move earlier in the day meant all spots remaining didn’t allow enough swing room, so it was a no go.

Back to plan A went we. Australis 1 motored out and across the Bay, exiting a few minutes later into the main channel.

The closer to the hills she motored, the quieter the waters became and soon there was barely a ripple to be seen.

With just the minutest of swells entering from the main channel, a perfect night’s anchorage was found in the picturesque Clendon Cove.

With winds reduced from 30+ knots to the fives and sixes, the two mooring areas were like chalk and cheese.