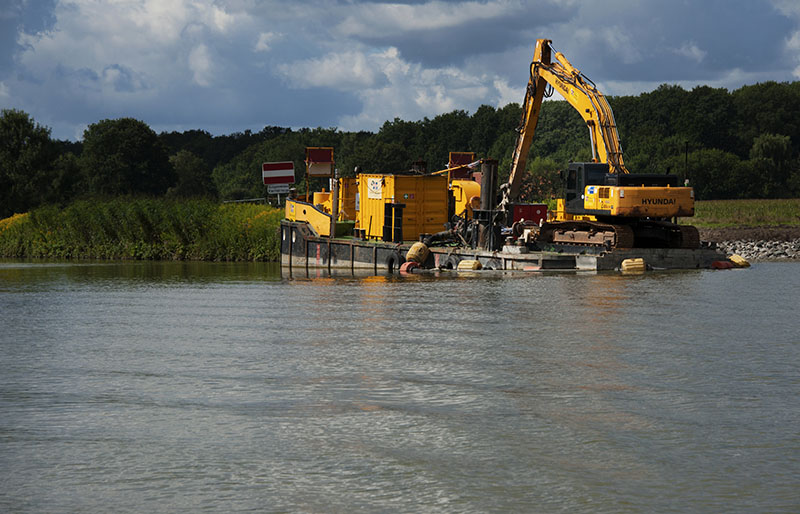 Low rolling hills, between which nestled red bricked homes with their rooves of like colour. The occasional old barns and homes of mixed brick, wood and shingled rooves were interspersed throughout the region.

The Germans were still in the process of greening the waterway, with hundreds of young saplings taking a foothold along the banks.

Today, the canal was in excess of 25m in width and the presence of the water police were as regular as clockwork.

In places, the canal was in the process of being dredged.

just high enough for barges to pass beneath.

Every now and again a flock of birds rested upon the water.

A visit to one of the town churches. These places of worship are where much of a towns’s early histories are to be found. In each, if one looks carefully there is always at least one feature that is totally unique.