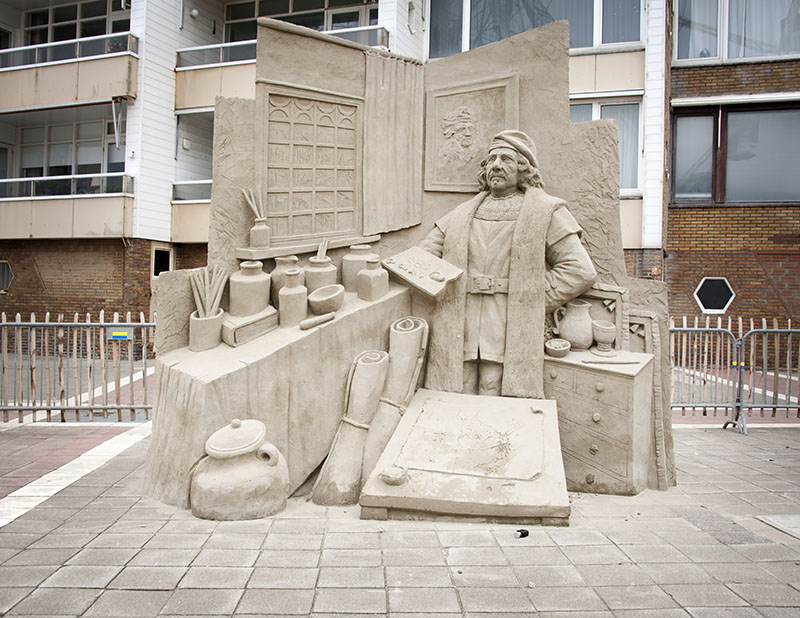 A bike ride and train trip took us to Zandvoort this morning.

The aim had been to explore the region south of yesterday’s exploration. Known as Kraansvlak, this is where the visitor has an opportunity to sight the endangered creature called the Wisent.

A species of bison that colonised Europe, its Asian forefather wandered the earth some two to three million years ago. As with so many animal species, humans decimated the populations, taking it to the brink of extinction. A century ago, this relative of the cow that was once found right across Europe, could only be seen in zoos. Thanks to the initiative of the Dutch, it is now possible to view this endangered species in the semi wild, rather than from behind bars.

To assist with the protection of the dunes by ensuring they continue to shift, this rare animal was introduced to Kraansvlak to both feed on reeds and other vegetation, in addition to crushing them as they grazed. This process has a two pronged effect in that it prevents grasses from replacing the native vegetation, and enables the sands to continue drifting.

Sadly, once we arrived, rain threatened to fall much sooner than predicted. With the winds cooling the air, neither of us desired yet another drenching, so the decision was made to put this activity on hold until next spring when we return to the region to see the tulips in bloom.

In the meantime, here is a link to the web page. It is quite an interesting read.

Something we did see, however, were a variety of sand sculptures.

Some were quite simple in design,

whilst in others, the detail was marvellous! This was my personal favourite. What you can’t see, is the dog’s head sitting at the base just around the corner.