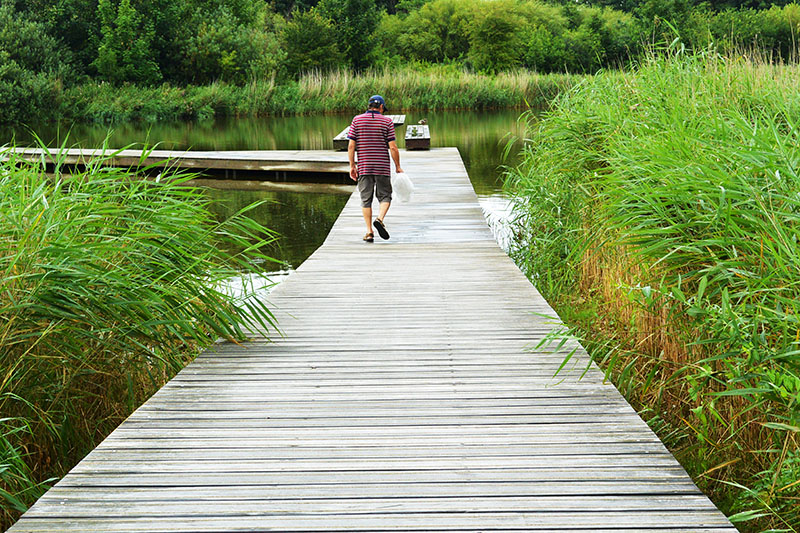 This day’s journey took us upon the Zoutkamperril Canal.

Today the landscape became significantly different to that of Germany’s Ost Friesland: so much so that it is difficult to comprehend. From what we are experiencing, the weather patterns and rainfall are dissimilar: maybe it’s effects created by land formations, ocean currents and so forth????

For a few kilometres, the waterway led us through flat open pastureland upon which Konik horses

and Highland Cattle grazed – and in some cases fought,

before opening into the vast expanse of the Lauwersmeer.

Further north at Lauwersoog, the sea had once entered, and during storms and exceptionally high tides the inland ‘sea’ would flood. 1969 was the year that fears of flooding became a thing of the past, as the opening was closed with the construction of a dike.

With fresh water from the rivers flooding the new lake, the salt water habitat morphed into that of freshwater, creating microcosms that hadn’t existed previously. With the region now the Lauwersmeer National Park, today, that process continues as freshwater wetlands encased in reeds, grasslands, ponds and forests bring with them orchids, birds and other animal life.

Travelling as far north as possible, before having to enter the Wadden Sea, Bob, Terry and I at arrived at Lauwersoog, our stop for the coming day or so. With a couple of marinas to choose from, Jachthaven Lauwersoog and the Camping ground, we chose the former.

A short walk took us over the massive dike to the fishing harbour and various shops.

That afternoon, the clouds lowered, and it rained!!!!!!