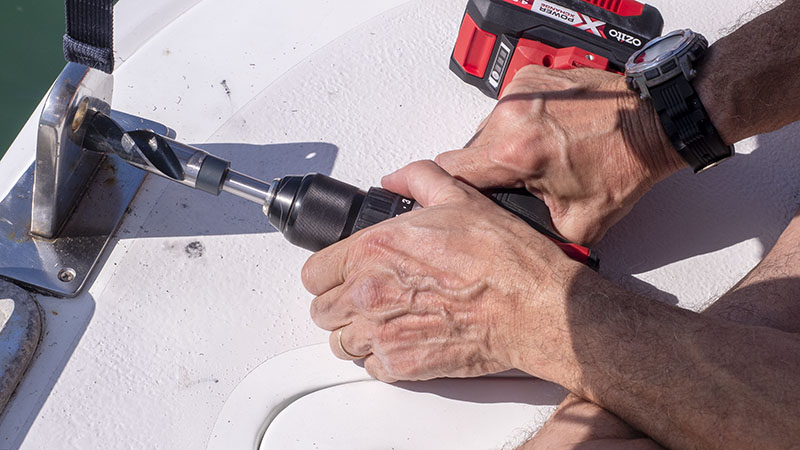 One of the most critical connections on an ocean cruising yacht are those for the drogue.

For the uninitiated, a drogue is a funnel shaped contraption that slows the boat down in times of heavy weather. Open at both ends, it is made from strong material that is attached to rope with a stretch in it. Positioned on the stern of the boat, it is utilised in high seas and enables the boat to maintain a straight course when heading downwind.

The main purpose of a drogue is to prevent the boat from turning side on – broaching – to the waves, or pitchpoling – flipping head over end down the wave bow first.

This is done by the cone providing significant resistance as the boat moves through the water.

Strong anchor points able to withstand massive forces placed on the drogue are required on the boat.

Today, Bob enlarged the holes on the drogue anchor points and attached large D shackles to which the drogue is attached.