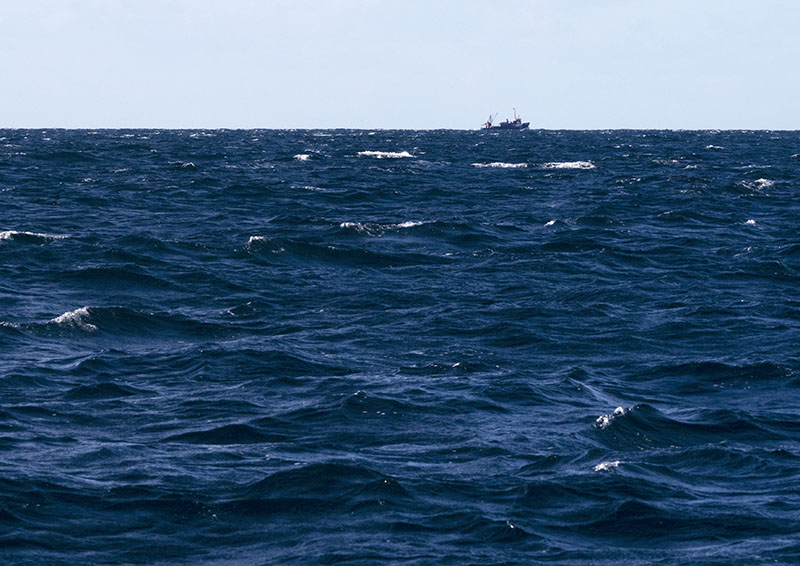 Bob and I had been in New Zealand since early February and thanks to long delays in completion of the paperwork for registration and renaming of Saliander to Australis 1 – the result of  having to physically post documentation – in Australia, plus the outbreak of Covid19 and its level four lockdown in New Zealand, we – along with our friends Anne and Cliff, who had arrived in early March – had experienced an additional two months enjoying this amazing land.

Another fifty knotter had just transited through the Tasman, leaving in its wake 5m+ swells had passed, and all was at long last settling down. Our best weather window had been a few weeks prior and this was our final opportunity to make the crossing before the winter storms well and truly set in.

Searching online, Bob had found meteorologist who, for a small fee, plotted our best track for the coming days. At 6 to 7 knot average, it should not take longer than eight days maximum.

It was with both sadness and anticipation that, with the easing of restrictions, our time on New Zealand’s North Island had drawn to a close, as at 0900 we found ourselves standing outside the customs office in Opua awaiting the arrival of the customs officer.

Once more, the changes that the coming of Covid19 had wrought came to the fore as the officer greeted us from a good two metres distance and entered the building, leaving the four of us standing out in the cold wet air of the morning. Gloves on and paperwork gathered, the newly installed window with its opening slot where the post box once stood was opened and our passports were exchanged for the papers that required completion.

By mid – morning we four had once more clamoured into the dinghy and returned to Saliander aka Australis 1. Last minute packing completed, and a relaxed morning tea later, 1100 saw the Iron Main roaring to life as preparations for the raising of the anchor took place.

As happened with regularity, good old Murph came to the fore when he brought a 25 knot blast of wind as we commenced upping anchor. Previous experience had shown that a major burst of throttle was required and with the assistance of the bow thruster – carried out in tandem with bursts of throttle – our girl was easily turned in a space that had minimal manoeuvring room. How I love that bow thruster!!!

One thing I have learned over the past months, is that the experience gained on Gratis has been a boon. My confidence level is quite high when manoeuvring Saliander – aka Australis 1. I believe that despite her additional length, she is in actuality a little easier to manoeuvre and although I rarely make use of it, the bow thruster certainly does assist.

Three quarters of an hour later, we were progressing past Paihia with a 20 knot wind pushing from behind.

The Genoa was unfurled and progress ticked along nicely under motor sail – knowing there was another front approaching within the coming days we desired movement northbound as rapidly as possible.

Moving along at almost 6 knots, Australis 1 was fast approaching Tikitiki, the outermost island off the bay, where she would make a ninety degree turn to port and follow the coast northward. Half past one and we had arrived: the gennie was tacked to port, the main raised and engine turned off. Seven plus knots speed: what a great start to the journey!

and to top it all off, we saw not one, but several black browed albatrosses.

Oh, and phone coverage wasn’t bad either, so along the way, we made good use of reception by sending a few pics through to friends and family.

Within the protection of the land seas had flattened making for quite a comfortable motor sail, although the headlands created interesting changes of wind direction and speeds that seesawed from a good 15 to 20 knots down to zero and back time and time again.

From the water, the landscape Mother Nature’s forces had created here appeared significantly more rugged and made the Bay of Islands seem gentle. How we look forward to investigating the small bays dotted here and there along the northern coastline.

By 1600 Australis 1 had travelled roughly 30 nautical miles and we were loving it. One doesn’t realise how much you miss the sailing life until you return to the water.

It was at about this time that we determined the shifts for the remainder of the voyage: myself and Bob would do the 2000 to midnight, Anne and Cliff midnight to 0400, Bob and myself 0400 to 0800. During the daylight hours we would nap as required, but the aim was to roughly maintain the same watch regimen as held over the night hours.

Sadly, our fabulous stint of speed ground to a rapid halt when, three hours from midnight, the wind died. The now useless main flapping was dropped, whilst the Gennie remained to provide a minute amount of stability: .9 of a knot in speed. OUCH! That hurt!!

Not even 24 hours out and already the weather forecast was blown to billy – oh.

With a mere 600 litres capacity of fuel, for an hour and a half Australis plugged along under the lone Gennie. Frustratingly, conditions only worsened as the wind died entirely and we were left with two choices: furl in the Gennie then wallow uncomfortably in place, or furl in the Gennie and turn on the Iron Main. I think you can guess the decision we made the decision we made!