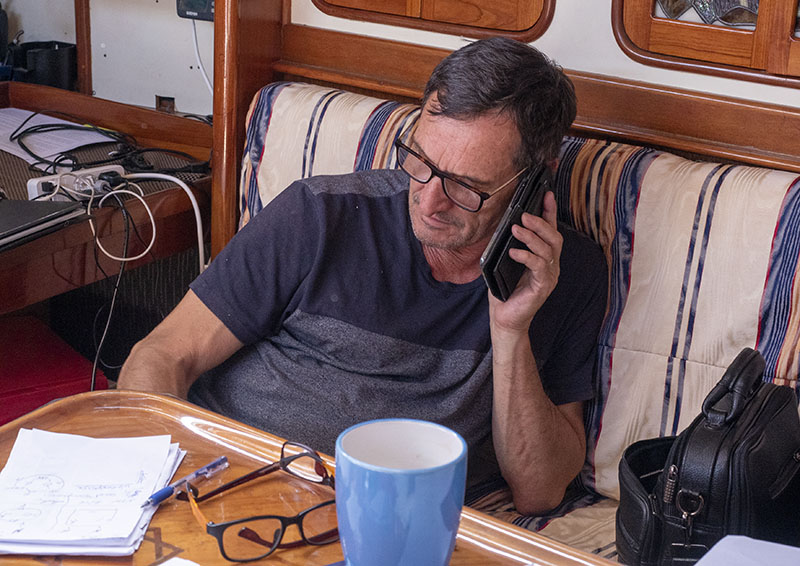 In both New Zealand and Australia, insurance companies stipulate that rigging must be replaced each decade under the rational that in theory the constant flexing causes it to work harden.

It is also the function of rigging size. On racing boats, the rigging is as light as possible and under constant heavy strain, whereas on our boats, we place minimal strain as much as possible and the rigging components are oversized, meaning there are plenty of safety margins in place.

With the rig on Saliander having reached year 9 of the 10, our insurance company would only include it in the cover if a surveyor came in to check it. This was the day. Top fittings and been used, and Pete was pedantic about maintaining it in tip – top working condition, so there was no issue and the surveyor gave it the all clear which meant the insurance company was happy to include it in the cover.

With the time frame short, lodging a change of ship name and registering our new beauty as an Australian Ship prior to departing New Zealand required a great deal of paperwork and numerous phone calls.

Paperwork completed and checked, a witness for the signing was found, Bob was at last able to have it couriered to AMSA in Oz for processing.