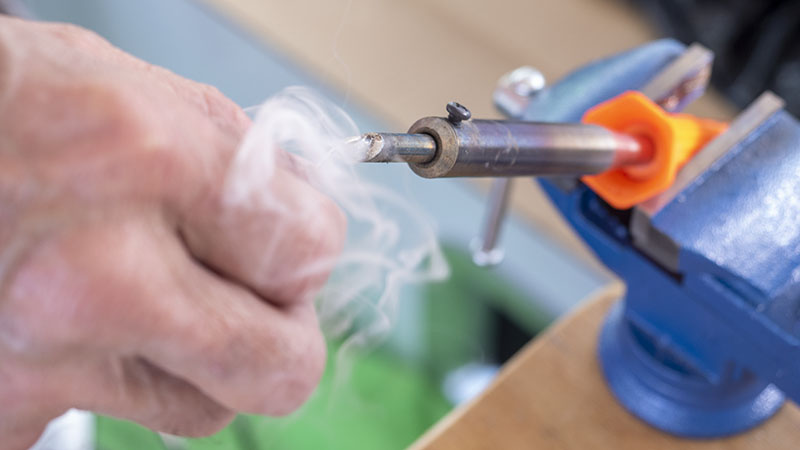 Between rainy days and constantly having to race out for new parts required for finishing the job,it’s been rather slow progress progress for Bob this week.

That aside, some advances have been made and he is starting to see the light at the end of the tunnel as the wiring work comes together.

He’s becoming a dab hand at that again.

Desiring the main lines of wiring to be hidden from view a section of the Bimini frame was removed and drilled to enable the wires to be inserted through and down inside the boat itself.

That in itself took a bit of effort.

At last came the moment to drill through the core. The question was, where would the drill bit come through.

Yours truly found herself outside in the chill wind poking the feeding line through the main hole whilst Bob remained down below listening for the taps in order to figure out where he actually needed to drill.

A hole drilled, into the bedroom,

and into the workroom it went.